The Whitby Sculpture Trail is a series of striking new sculptures of some of the town’s best-loved sons and daughters, created by Emma working in partnership with Scarborough Borough Counil. She’s portrayed some of Whitby’s most famous characters, all with a powerful connection to the sea. Each figure is made from steel wire carefully woven by hand around a steel armature then hot-dip galvanised. There are nine sculptures: you can see them in any order, but let’s start with the Herring Girls next to the bandstand at the landward end of the famous piers. In the late eighteenth and early nineteenth centuries, a huge fishing fleet followed the shoals of herrings along this coast. The herring girls followed the fleet by train, ready wherever it came in to gut and pack the fish.Tough, independent women, they worked in teams of three, two gutting the fish as a third packed them into barrels. Head up the Khyber Pass and past the famous Whalebone Arch to meet Skipper Dora as she scans the horizon. The extraordinary, Dora Walker (1890-1980) was born in West Yorkshire and educated at Roedean. She suffered with bronchial problems and moved to Whitby on medical advice during the Second World War. She bought a boat, the Good Faith, took up fishing, and qualified and acted as a pilot for boats through the minefields. She was the only woman skipper to hold her licence in the North Sea throughout the War.

Further along the West Cliff you’ll find the Crow’s Nest and whaling captain and explorer William Scoresby. Credited by some as the inventor of the mast-top lookout, it’s probable that Scoresby just came up with the name and some 18th-century improvements to an ancient piece of seafaring kit.

Head down Skinner Street, stopping to say hello to Frank Meadow Sutcliffe focusing his camera down the road where his studio used to be. Born in 1853, Sutcliffe is famous around the globe for his remarkable pictures of everyday life in Whitby. One of his photographs is the inspiration for the Bridgender, who we’ll meet shortly. 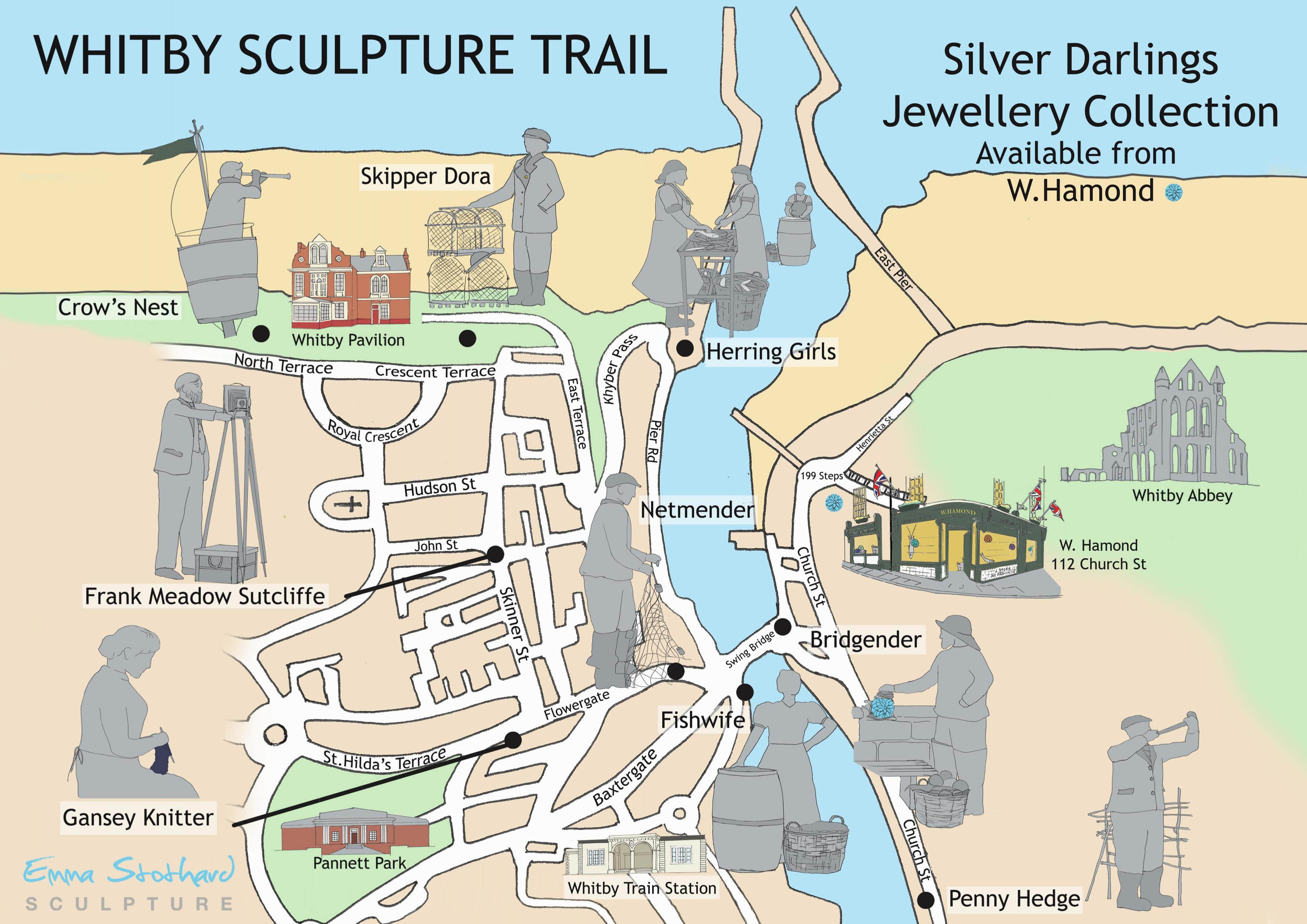 The skilled Gansey Knitter perches on a wall at the top of Flowergate. The gansey was a distinctively patterned sweater knitted from tightly spun worsted wool for a hardwearing weatherproof garment. Each community had its own pattern, so that if a fisherman was lost at sea, his gansey would help identify him when the body was recovered.

At the bottom of steep Flowergate, you’ll find the Netmender. Life at sea isn’t for the faint-hearted today, but in the late 18th and early 19th centuries, it was even tougher. Fishing gear needed constant attention to keep it in good working order.

Now to the Swing Bridge now, where on the West side stands the Fishwife with a barrel of fish. A fisherman’s wife worked as hard as her husband – apart from the usual family duties of the time, she could be involved in baiting or selling the catch to the public. This particular fishwife, though, has an additional and very 21st century task – she runs her own Instagram account (@whitby_fishwife). We can’t help but wondering if there’s been a bit of a family tiff, though – her back is firmly turned on the figure on the opposite end of the bridge, the appropriately named Bridgender. With his gansey and sou’wester, he’s based on a Sutcliffe photograph. And finally, head along the riverside where you’ll find Emma’s tribute to one of Whitby’s strangest legends – the Penny Hedge. The story goes that one autumn day in 1159, a group of noblemen were hunting nearby. Their hounds attacked a boar which took shelter in a hermitage, the hermit closing the door on the dogs. The enraged hunters attacked the hermit, leaving him for dead. On his deathbed he suggested that, instead of the death penalty for murder, they and their descendants should enact an annual penance – the construction of a woven ‘hedge’ from branches cut using only a knife ‘of a penny price’. The hedge needed to withstand three tides: if it didn’t, the lords would forfeit their lands. The planting of the Penny Hedge has continued every year at 9am on the eve of Ascension Day, 39 days after Easter. When the hedge is planted a horn is blown three times and “Out on ye, out on ye, out on ye!” is called out.

The Silver Darlings Collection can be found here. 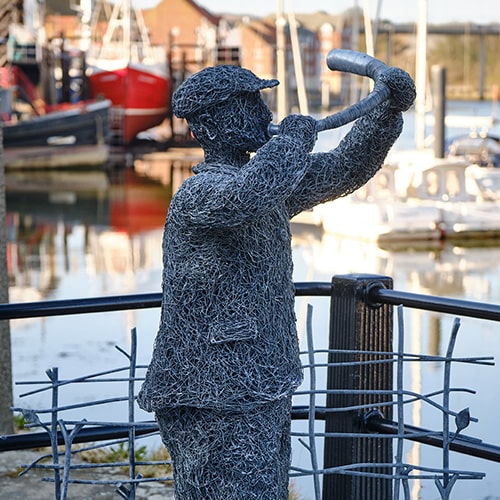 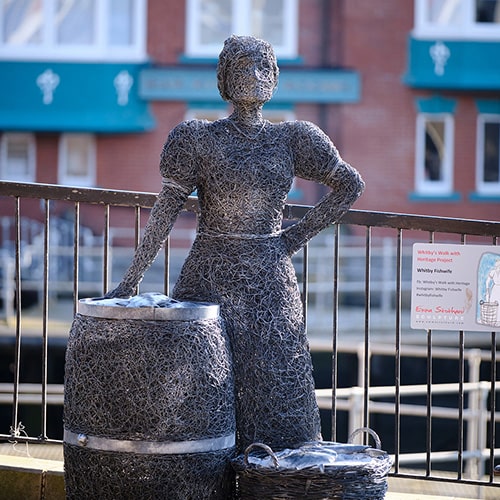 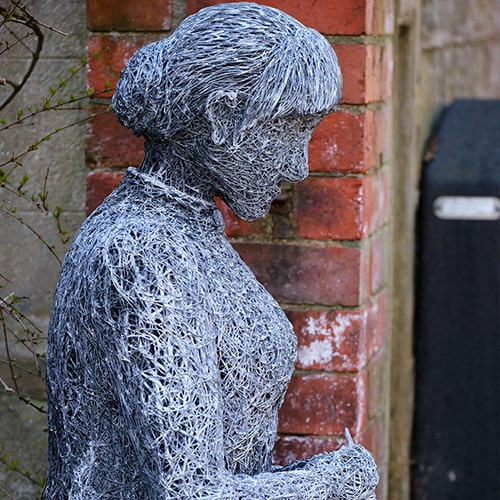 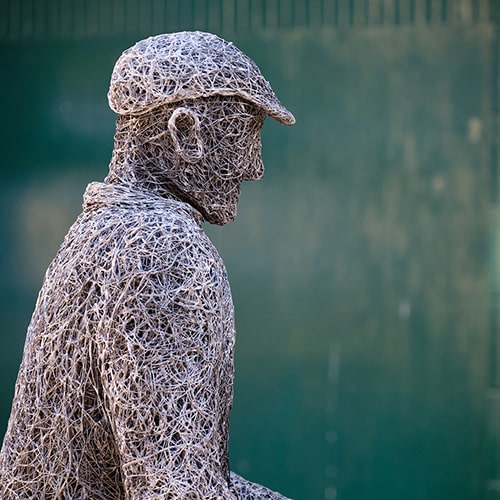 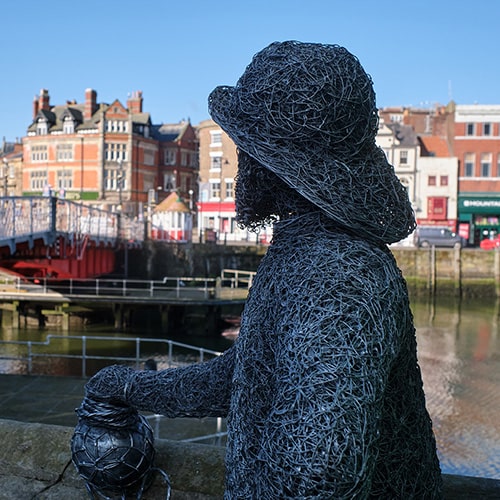 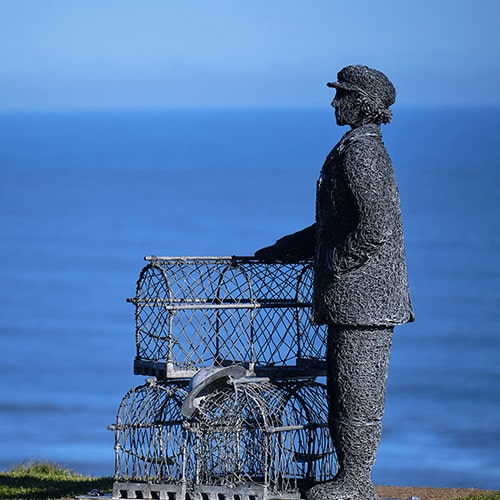 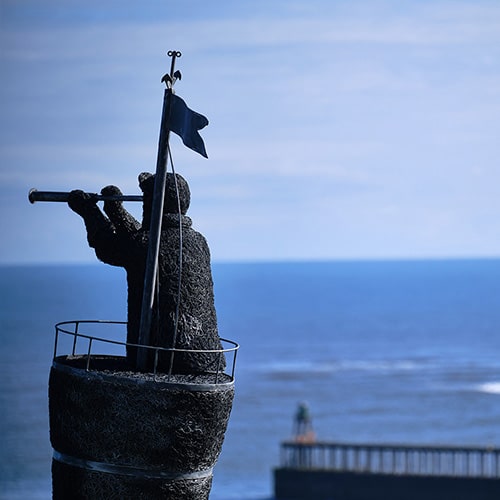 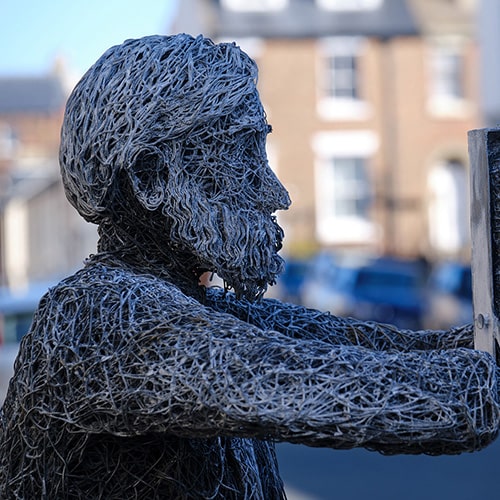 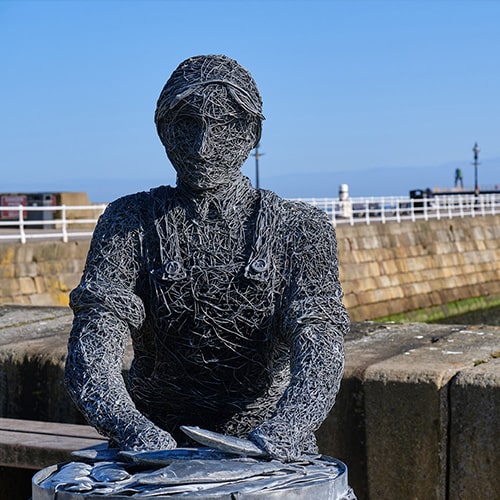 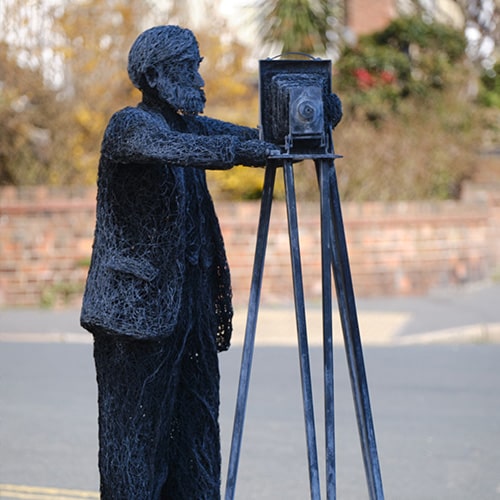 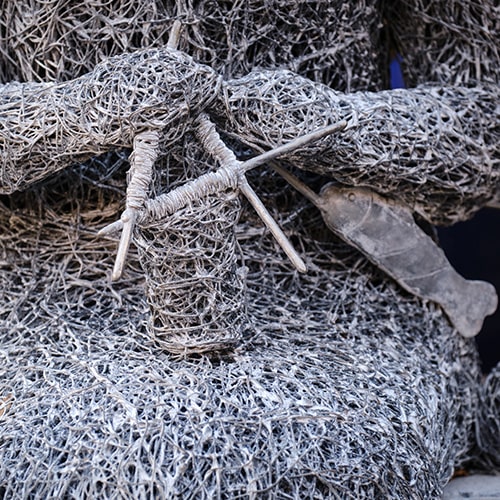